This project is funded by the EPSRC (EP/P022286/1). The project focuses on the development, validation and documentation of a next-generation fully parallelised computational fluid dynamics (CFD) code called HAMISH. This code is based on adaptive mesh refinement (AMR) which will enable high-fidelity Direct Numerical Simulations (DNS) of advanced turbulent reacting flows such as flame-wall interaction, localised ignition, and droplet combustion including atomisation processes. Such simulations cannot be achieved at present without limiting simplifications due to their prohibitive computational cost. AMR for large-scale highly-parallel simulations of compressible turbulent reacting flows is a significant new functionality which will offer major benefits in terms of computational economy for problems involving thin fluid-mechanical structures, e.g. resolution of both the flame and the boundary layer in flame-wall interaction, droplet surfaces in atomisation in spray combustion, shock waves in localised forced ignition, etc. Such structures have either been ignored or simplified severely in previous work due to the prohibitive computational cost of fixed global meshes, thus limiting the usefulness of the simulations. Hence AMR will offer a step-change in capability for the computational analysis of turbulent reacting flows, and will provide data with the degree of detailed physical information which is not currently available from simulations using existing CFD codes. The proposed software will be validated with respect to the results obtained from the well-proven uniform-mesh DNS code SENGA2, which has already been ported to ARCHER and is currently widely used by members of the UK Consortium on Turbulent Reacting Flows (UKCTRF). The newly developed code, HAMISH, will not only be ported to ARCHER, but also be prepared for architectures supporting accelerators thanks to OpenMP 4.5, which will support OpenACC, targeting a POWER8 cluster. As a part of this project, a detailed user guide will be produced at each new release of the code. This user guide will be made available on a website for public download along with the open-source version of the code and the associated documentation on code validation and user tutorials. 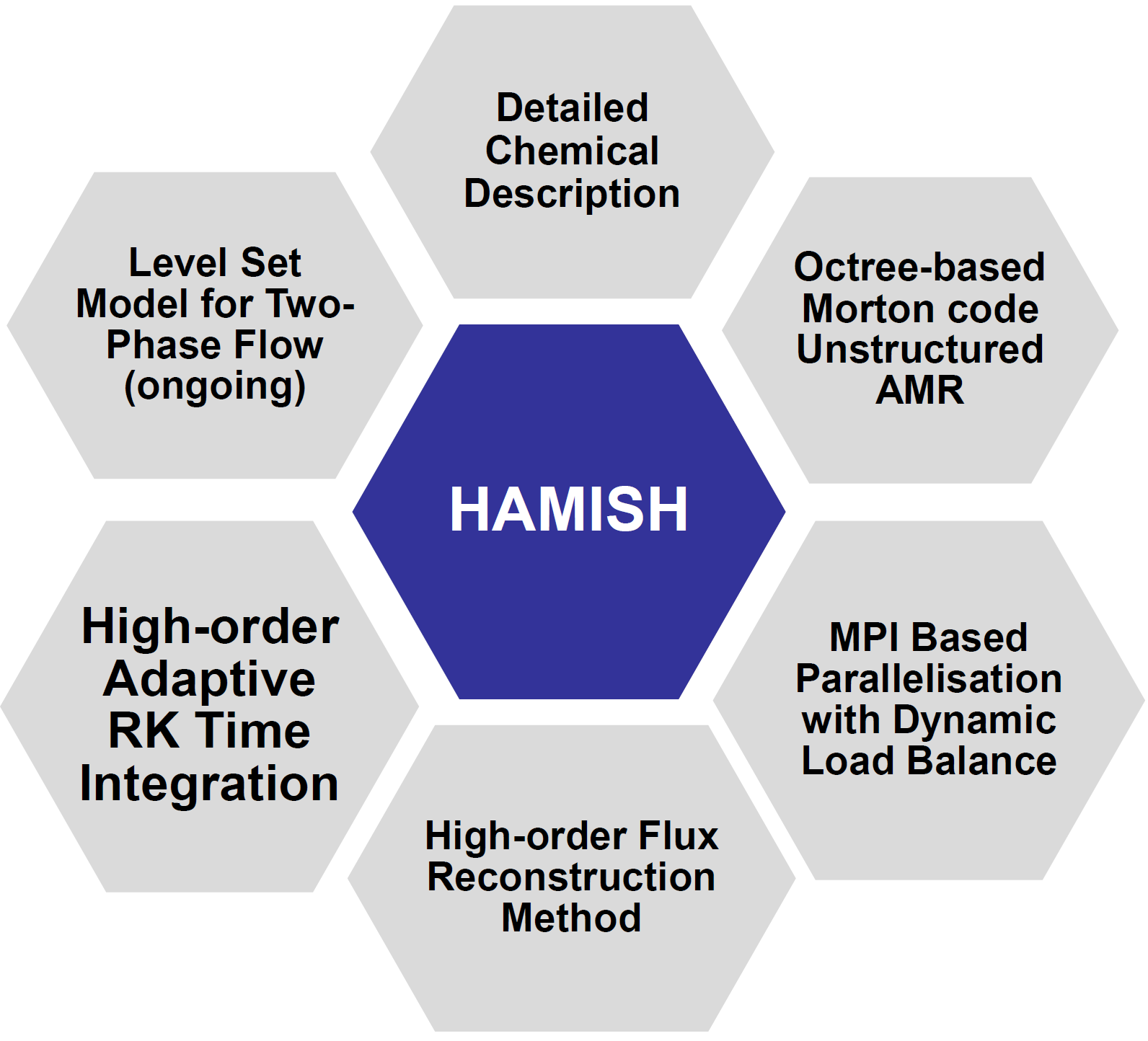 CURRENT STATUS OF THE CODE

BENCHMARKING OF THE NEW SOFTWARE

MAJOR EXPECTED OUTCOMES FROM THE PROJECT